DCB: Wrote and revised the manuscript.

LAC: Collected data, analyzed the electrophysiological and behavioral data, and wrote and revised the manuscript.

RAW: Collected data, analyzed the electrophysiological and behavioral data, and wrote and revised the manuscript.

AAO: Collected data, analyzed the protein assays, and wrote and revised the manuscript

JWK: Analyzed the protein assays, designed the experiment and provided funding support, and wrote and revised the manuscript.

JMH: Analyzed electrophysiological and behavioral data, designed the experiment and provided funding support, and wrote and revised the manuscript.

The electrophysiological and behavioral data that support the findings of this study are available by request from the corresponding author.

The authors declare no competing interests.

Alzheimer’s disease (AD) degrades the brain’s ability to remember, think, and carry out tasks. The exact cause is not known, but several risk factors have been identified, including diabetes mellitus (DM). DM causes elevated blood sugar levels due to reduced insulin production in the pancreas. The linkage between elevated glucose levels and the behavioral impairments are not fully understood, which was the focus of this study. Rats were trained to alternate directions in a maze to receive a reward on consecutive trials. After training, five rats were injected with streptozotocin (STZ), which induces hyperglycemia by injuring pancreatic beta cells. Three control animals received benign vehicle injections. All eight rats then underwent implant surgery and received an implant with 128 recording probes attached to an electronic interface board. The recording electrodes targeted the hippocampus and the anterior cingulate cortex (ACC), which are both associated with learning and memory processes. We found that STZ rats had reduced accuracy after long delay periods compared to the control rats. During task performance, there was a decrease in the power of theta activity and an increase in delta activity moments before starting a new trial. This was the opposite of control animals, who before starting new trials had higher theta power and less delta power as they focused. These findings imply that the STZ rats were impaired on longer delay periods. These findings are like reports from animal models of AD and may help explain why DM is a risk factor for AD. 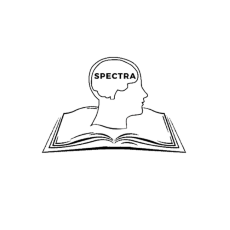